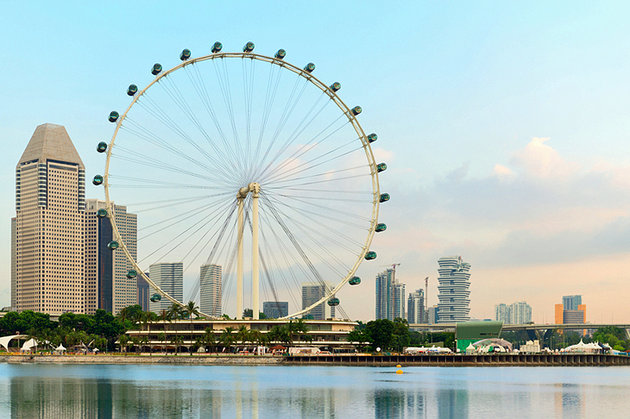 Singapore, an island city-state off southern Malaysia, is a global financial centre with a tropical climate and multicultural population. In circa-1820 Chinatown stands the red-and-gold Buddha’s Tooth Relic Temple, Little India offers colourful souvenirs and Arab Street is lined with fabric shops. Singapore is also known for eclectic street fare, served in hawker centres such as Tiong Bahru and Maxwell Road. 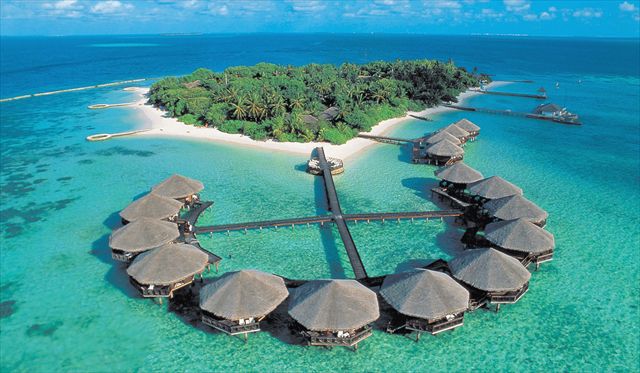 Sri Lanka (formerly Ceylon) is an island nation south of India in the Indian Ocean. Its diverse landscapes range from rainforest and arid plains to highlands and sandy beaches. It’s famed for its ancient Buddhist ruins, including the 5th-century citadel Sigiriya, with its palace and frescoes. The city of Anuradhapura, Sri Lanka's ancient capital, has many ruins dating back more than 2,000 years.

Upon arrival at Colombo airport – meet the tour guide and transfer to kandy. En route visit Pinnawala Elephant Orphanage. Visit a herbal and spice garden. After lunch commence a city tour of Kandy including the Temple of the Tooth Relic. Evening witness a cultural dance performance. Dinner and overnight stay at Kandy.
Accommodation :: Hotel Serene Garden or Similar 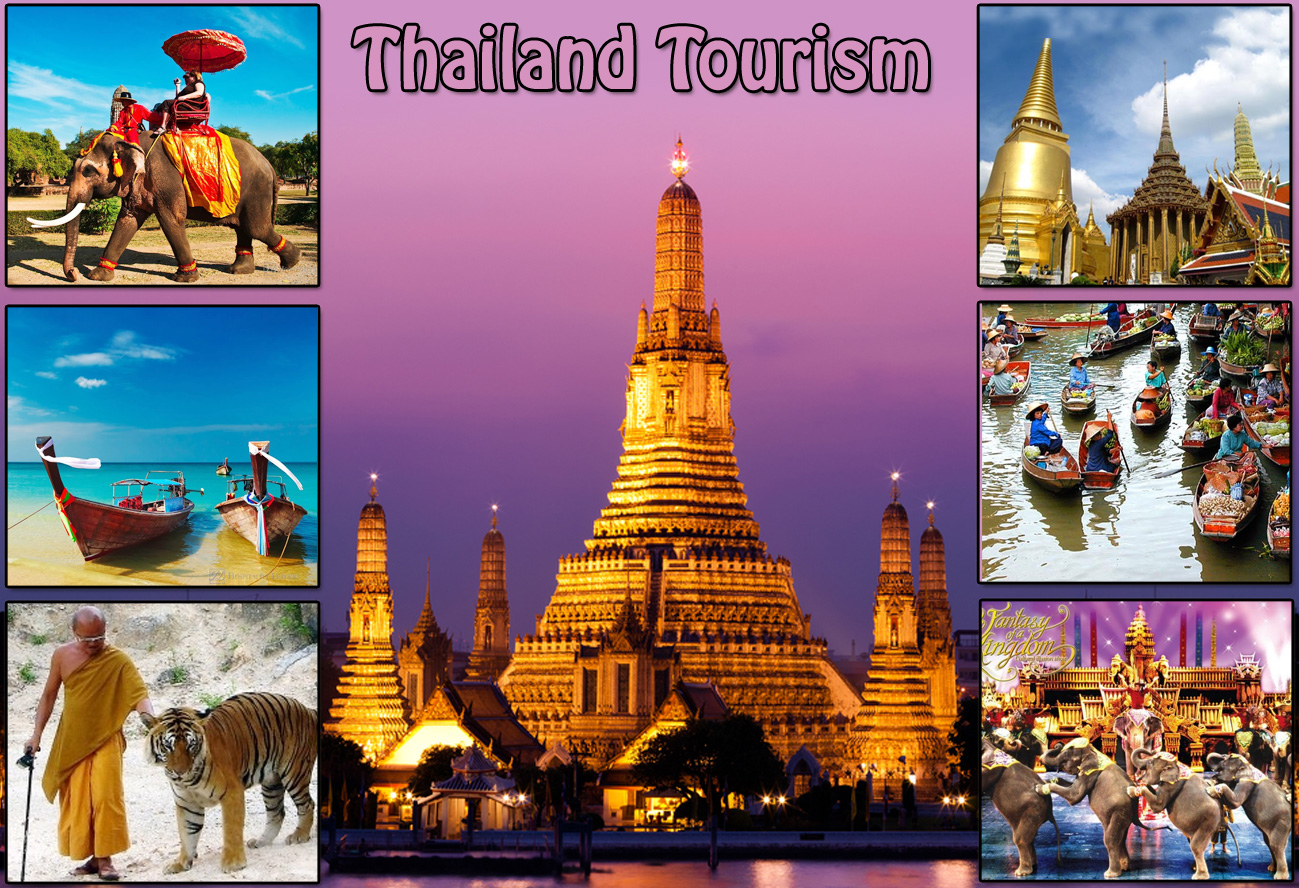 Thailand is a country on Southeast Asia’s Indochina peninsula known for tropical beaches, opulent royal palaces, ancient ruins and ornate temples displaying figures of Buddha, a revered symbol. In Bangkok, the capital, an ultramodern cityscape rises next to quiet canal and riverside communities. Commercial hubs such as Chinatown consist of labyrinthine alleys crammed with shophouses, markets and diners. 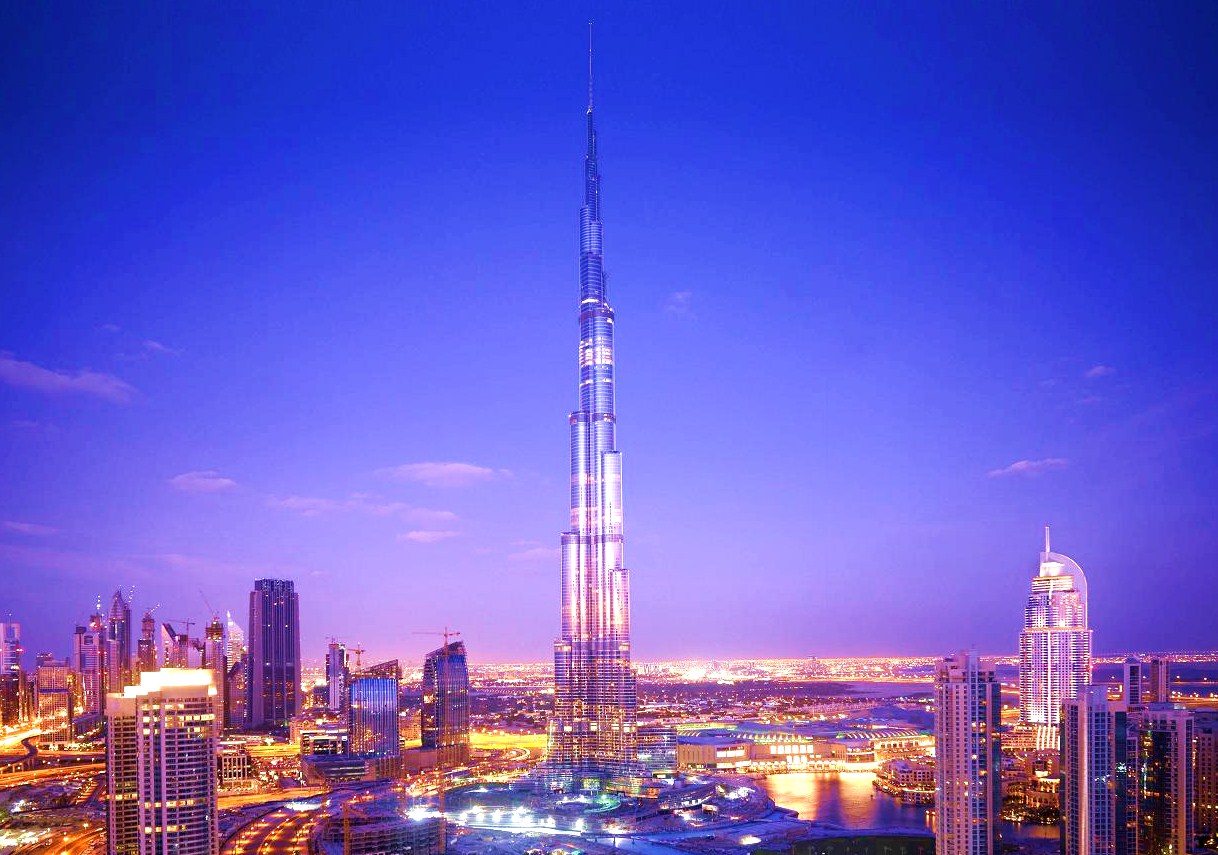 Dubai is a city in the United Arab Emirates known for luxury shopping, ultramodern architecture and a lively nightlife scene. Burj Khalifa, an 830m-tall tower, dominates the skyscraper-filled skyline. At its foot lies Dubai Fountain, with jets and lights choreographed to music. On man-made islands just offshore is Atlantis, the Palm, a resort with water and marine-animal parks. 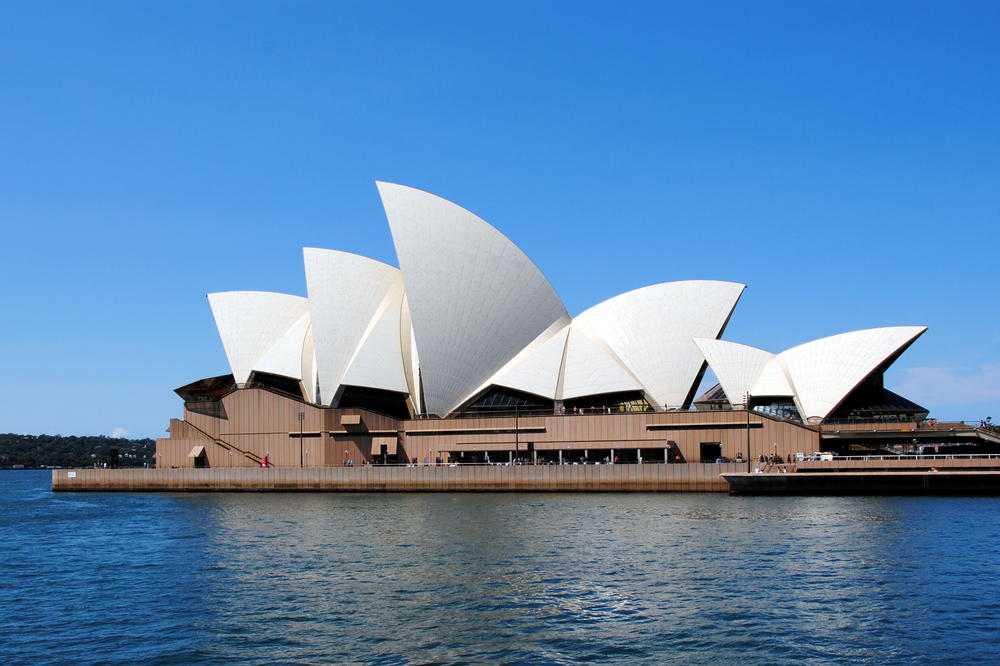 Australia is a country, and continent, surrounded by the Indian and Pacific oceans. Its major cities – Sydney, Brisbane, Melbourne, Perth, Adelaide – are coastal, but its capital, Canberra, is inland and nicknamed the "Bush Capital." The country is known for its Sydney Opera House, Great Barrier Reef, the vast Outback (interior desert wilderness) and unique animal species including kangaroos and duck-billed platypuses. 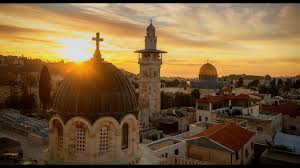 Jerusalem, a Middle Eastern city west of the Dead Sea, has been a place of pilgrimage and worship for Jews, Christians and Muslims since the biblical era. Its Old City retains significant religious sites concentrated around the Temple Mount compound, including the Western Wall, sacred to Judaism, and the Dome of the Rock, a 7th-century Islamic shrine with a gold dome.

Day 01 :: Amman, Mount Nebo
Welcome to Amman, Capital of the Hashemite Kingdom of Jordan. Arrive at Queen Alia International Airport Meet & assist through all formalities .Then Proceed to visit Madaba (the city of Mosaics) Greek Orthodox Church of St. George, Mount Nebo : The trip south of Amman along the 5,000 years old King’s Highway is one of the most memorable journeys in the Holy Land, passing through a string of ancient sites of Jordan, the memorial of Moses, and the presumed site of the prophet’s death and burial place. From a platform in front of the church one can enjoy a breathtaking view across the Jordan Valley and the Dead Sea. Proceed to Hotel. Dinner, Overnight stay at Amman. Accomodation :: Jerusalem International Hotel or Similar
Meals: •Breakfast, •Lunch, •Dinner

Day 02 :: Amman-Nazareth-Cana
After Breakfast, Check-out hotel. Proceed to Sheik Hussein Bridge to cross the border. Complete the customs & emigration formalities. Enter into Israel. Visit Nazareth the boyhood town of Jesus and home of Mary and Joseph and visit the Basilica of the Annunciation built over the grotto where Archangel Gabriel appeared to announce that she would bear a son, Jesus. Stop by Joseph’s workshop. Then Visit Cana where Jesus performed his first Miracle, changing water into wine at the wedding feast. Check-in hotel. Dinner. Overnight stay at Tiberias.
Accomodation :: Club Hotel or King Solomon
Meals •Breakfast, •Lunch, •Dinner

Day 03 :: Sea of Galilee–Capernaum–Jordan River–Nazareth – Jerusalem
After Breakfast, Check-out Hotel. Visit Mount Tabor. Visit Capernaum – the centre of Jesus ministry after he left Nazareth. Stop at Tabgha – the Church of the Multiplication of the Five Loaves and Two Fishes and the expressive church of the Beatitudes, where Jesus gave the Sermon on the Mount. Drive through the landscapes of Galilee and later for a ride in a replica of a Galilean fishing boat of that time, on the Sea of Galilee and where Jesus calmed the storm and walked on the water. We make a stop at St. Peter’s house, the Church of Primacy of Peter and the place where Jesus bestowed St. Peter with his authority. This is believed to be the place where Jesus dined with his disciples, the flat rock known as Mensa Christy, Chris’s table to commemorate this event Lunch. Visit Yardenit on the Jordan River, the traditional Baptismal site. Then visit Jericho where we stop and view Qarantal, the traditional Mount of Temptation and Sycamore Tree. It is also the place where Jesus stopped on the way to Jerusalem, on the Eve of the Passover and where Jesus cured the blind man during his stay at Zachaeus house. Proceed to Bethlehem. Check-in hotel. Dinner. Overnight stay at Bethlehem.
•Accomodation :: Ararat Hotel or Shepherd hotel.
•Meals

Day 04 :: Old City Of Jerusalem–Golgotha–Wailing Wall– Ein Karem
After Breakfast. Then proceed to the pools of Beit Hasda, where Jesus held the crippled man. And from there we take the Via Dolorosa ( Way of the Cross ), traditionally accepted as the last route trodden by Jesus. Follow the 14 Stations of the Cross to Golgotha, the place where Jesus was crucified marking significant events along the route. Also visiting Garden Tomb, You will see the Pilate’s Judgments Hall, the Chapel of the Flagellation where according to tradition, the Roman soldiers scourged Jesus and placed a crown of thorns on His head the Ecce Homo Arch and the Convent of the Sisters of Zion. Early tradition held that Pontius Pilate stood here and thundered “Ecce Homo!” Which means “Behold the man”, which is what Pilate said when he presented Jesus to the crowd. However, we now know that pagan Emperor Hadrian constructed the arch. Below the Convent are the Lithotrities where Jesus was publicly tied and where the Roman soldiers mocked him. The last 5 Stations of the Cross are inside the Church of the Holy Sepulcher visible from the distance with two silver domes. Also “The Tomb” widely believed to be the part of the stone that covered Jesus Tomb. Visit the Cenacle – Last Supper Room, the tomb of King David . Proceed to the Jewish quarter to the Wailing Wall, which is the holiest place for the Jewish religion. Visit EinKarem, located in the hills next to a little spring. This is the city of Judah and Birthplace of John the Baptist, son of Elizabeth & Zechariah and the Church of Visitation. Proceed to Dead Sea, the lowest point on earth (1305 ft. below sea level), again make a brief stop at a private beach and take the opportunity to float in the salty buoyant water, rich in minerals. Back to hotel. Dinner and overnight stay at Bethlehem.
Accomodation :: Ararat Hotel or Shepherd hotel
Meals: •Breakfast, •Lunch, •Dinner

Day 05 :: Mount of Olives – Gethsemane – Bethlehem
After breakfast, Proceed to Mount of Olives for a panoramic view of Jerusalem. Visit sanctuaries of Pater Nester Ascension. Walk along the Palm Sunday road down to the chapel of Dorminous Flevit where Jesus wept over eminent destruction of Jerusalem. Visit the Garden of Gethsemani, where Jesus prayed while Judah betrayed him to the Romans. Visit the Basilica of agony and Tomb of St. Mary. Visit the Church of St. Peter of Gallicantu, which symbolizes Peter’s Denial of Jesus as he has prophesied at the Last Supper and then visit the traditional house of high priest, Caiaphas, where Jesus was imprisoned. Then proceed to the shepherds field in Bethlehem, which is located in the Judah province. It was here that the Angel announced the birth of Jesus to the shepherds of Bethlehem during the reign of King Herod. Also, here David tended his flocks until he was anointed King of Israel. After lunch , visit the Church of Nativity – the birthplace of Jesus and the City of David, Manager Square, Crusaders Cloister Grotto of St. Jerome. Visit Milk Grotto. Dinner and overnight stay at Bethlehem.
Accomodation :: Ararat Hotel or Shepherd hotel.


Visit to Bethany, the house of Martha, Mary and Lazarus. . On the way, view Qumran caves, view statue of Loth’s wife. Arrive at Taba. Enter into Egypt. Complete the emigration and customs formalities. Check–in hotel after lunch we proceed to the Red Sea beach for free time. Over night stay at Tabha/Nuweiba.
Accomodation :: Tolip Taba Resort & Spa or Similar.

Day 07 :: Cairo
After breakfast proceed to Mt Sinai. Visit St. Catherine Monastery. Set beneath the mountain where Moses is said to have received the Ten Commandments. Saint Catherine Monastery has been one of the world’s great centers of religious pilgrimage for over fifteen centuries. Within its imposing walls rests a citadel like no other, incredibly rich in important religious and historical structures. And a 6th century church reputed to lie directly on the site of the Burning Bush. View the beautiful and historical Sinai Mountains and then proceed to Cairo. Check-in hotel. Dinner and Overnight stay in Cairo.
Accomodation :: Grand Pyramids Hotel or Similar

After breakfast visit to Pyramids, Sphinx, Old Cairo, Christians Church. However, we traditionally begin with the visit of the Holy Family to Egypt .Evening proceeds to Cruising on the River Nile. Dinner & Overnight stay in Cairo.
Accommodation:: Grand Pyramids Hotel.

Day 10 :: Arrival
Arrive at your Hometown.